Even in the absence of our annual fundraising events we were able to continue to support student-centered programs for the common good of Holtville High School students.

It is our desire and promise to earn your continued support, to grow and improve with each year’s events and to fulfill our objectives and purpose as a nonprofit volunteer organization. Your support has made it possible to give back to our communities: 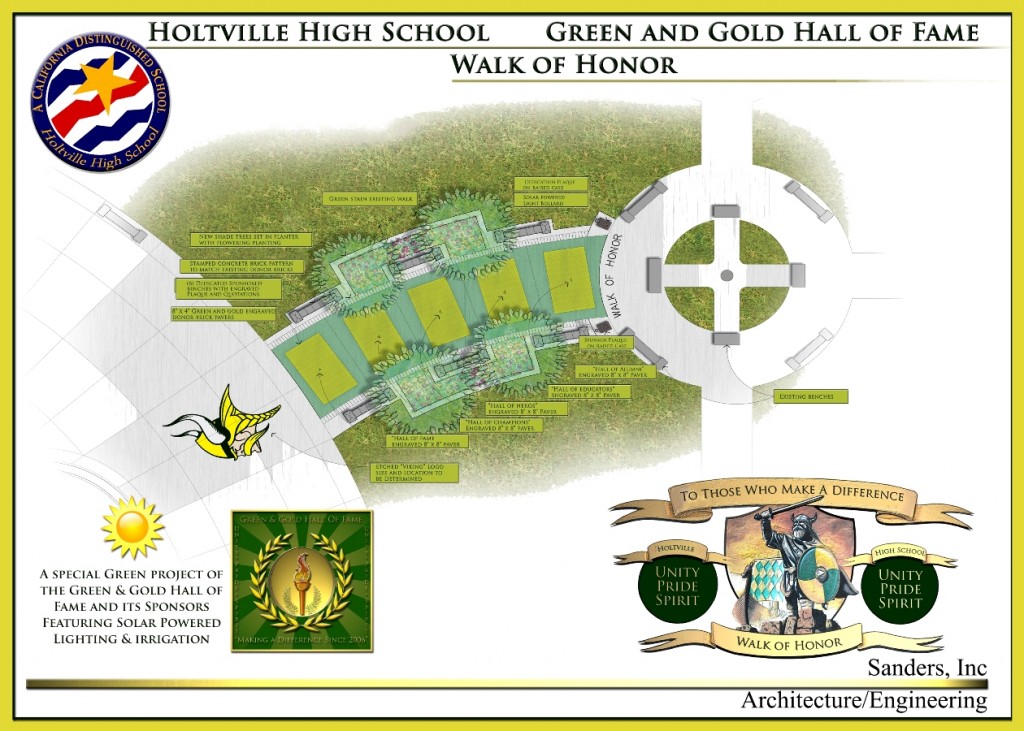 Ongoing project to recognize alumni Authors, Designers, Musicians and Artists. Purchased display board, books and artwork, and have had alumni provide biographies.  All on display in the Library and district board room.

All participants in the John A. Kirchenbauer
Memorial Golf Tournament have been presented with
commemorative watches and/or embroidered valuable bags.

THE HALL OF FAME IS NOW SPONSORING THE HOLTVILLE HIGH SCHOOL  ANNUAL CAREER DAY: “PURPOSE IS THE REASON FOR YOUR JOURNEY, PASSION IS THE FIRE THAT LIGHTS YOUR WAY”.

On behalf of the Vencill family, Imperial Valley Pioneers, graduates and benefactors of HHS, a permanent endowment has been established for the Howard and jewel Vencill Nursing Scholarship that will be administered by the Green and Gold Hall of Fame Committee. The annual five-year Nursing scholarship to IVC/SDSU is to be used for HHS graduation student (male or female) entering the field of nursing.

Student leaders and advisor attend the California Association of Student Councils summer leadership conference. School leaders will now have the opportunity to acquire a variety of leadership skills and team building techniques.

Engraving of all Sponsor and Alumni brick pavers
for the Viking Spirit Courtyard and Alumni Walk of
Honor are complete and are displayed as orders are received.

The inaugural Hall of Fame Sports Academies
(baseball, softball, football and volleyball) have hosted more than 200 boys and
girls age 9 to 14 from all cities in the Valley, and were
sponsored by the Hall of Fame.

All former CIF Championship team members
will be invited, on an annual basis, to attend the
Hall of Fame Ball where they will be presented with a
“Championship ring” representing their sport.